Bureau Of Silly Ideas (BOSI) are figureheads in the UK Outdoor Arts sector, as recognised pioneers within the field we continue to transform public spaces, creating new pathways / platforms for engagement and challenging what ‘art’ is through silliness and interrogation for over 15 years.

The majority of our work is delivered to audiences across the UK (and internationally) for free in spaces where people happen to be.

~ Alternative platforms provide opportunities for questioning, interrogating and engaging in society and the world around us

~ By captivating people and communities we can inspire and impact

~ Silliness is the birthplace of genius

~ Street furniture have feelings too

in our repertoire - ready made small to medium scale work that can be easily hired and adapted to suit your festival theme or organisations event. Also perfect for the festival audience, these pieces provide small scale silly relief and personal one on one engagements with the absurd.

are our large scale public realm theatre touring productions. These 'silly' engagements have been carefully devised to create experiences that are both, entertaining and thought provoking. We believe in providing alternative platforms for audiences to engage with society and question the world around them.

as we’re full of ideas - its what we do! We love co-conspiring with others and together we will find the perfect idea floating in the Silly Sphere that you want and need to explore creatively. If you bring your idea to the table we will match it with sensible silly possibilities and we can work with you on making it happen!

Mostly we drank tea and ate biscuits in bed. We popped out a few times in and around Brixton to bring smiles to local faces. Guest appearances included Michael Foot, Sid the Bin and Denis the Skeleton.

2020 saw the inaugural International Day of the Giant Foot - 16th of May.

We worked with creative geniuses in Scotland and developed a programme of online activity engaging audiences with the work of UNBOSI and skilling them up to harvest inspiration from their homes.

A commemorative programme of activities and main event for the 200th birthday of Joseph Bazalgette (the civil engineer who built London's sewer system). Working in partnership with Thames Water & The City of London, BFPB saw us scientifically research the mischief miasmas (smells that make you silly) being let off by London's Fatbergs and start a campaign to free our fatbergs by not feeding them the wrong things. We delivered, strange smells, water play, STEM workshops and interactive science across the City of London which culminated in 4 days on Aldgate Square.

Delivered our largest project to date, working across 7 towns in East Anglia, in partnerships with CPP Market Place. We ran a range of activity from medium scale outings, a workshop / outreach programme with community groups to two large scale events - this saw us engage with non-traditional audiences and engage over 7000 local residents.

We paired up with long time mates and collaborators Nutkhut and helped them create The Missing Chappal which toured Mela's across the uk. The aim was to take a symbolic everyday object that resonates with the South Asian community (Chappal = Sandal) and add comedic British eccentricity. The show successfully demonstrated the potential to develop and create outdoor work that highlights the stories of global diasporas for a wide range of audiences.

2017- We ran tour major tours of 2 new projects, notably Stroller Coaster (in development since 2015) which toured nationally and cognitively developed over 3000 babies-it’ll take approx 16 years for us to see the benefit.

Took part in Bloomsbury Festival’s Creative Development Lab process pairing academics and artists, as a consequence of this involvement we now have an artistic relationship with UCLIC and Great Ormond Street Hospital, The British Museum and SOAS.

We were Artist in Residence at Shakespeare’s Birthplace Trust, working with SBT for 18 months we developed a programme of work to find new artistic ways of looking at Shakespeare and create greater local audience engagement in their sites, this saw the birth of UNBOSI (United Nations Board Of Significant Inspiration) and led to our largest scale work to date The Garden Of Curious A’MUSE’Ments.

BOSI was also part of an initiative running across the libraries and archives of the West Midlands, looking at how development of audiences and new ways of working could be put into practice. Working with fellow outdoor arts presenters we developed Club Silly a membership platform and events programme to support new work and emerging public realm artists. Began the development of STROLLERCOASTER which was successfully funded and is touring throughout 2017 in collaboration with THE EGG.

Playgrounds and Sightings was performed it was was the first outing for the Zeppelin and we paired it with the Peascorp which was developed with The National Army Museum and Michael Foot - these collectively are now known as UN Peascorp Foot Patrol.

PLANT WHISPERERS - engaged with over 250,000 people during the project which was created for Kew Gardens.

SWEET SMELL OF SUCESS -  our first complete transformation of an indoor space for theatrical purposes, working with Leicester Comedy Festival to transform an empty retail unit.

Campaign for Custard Pies, saw 10,000 people sign a petition to get Custard Pie throwing to feature as a sport at the 2012 London Olympic Games. It also meant a lot of faces got covered in cream!!!

Commissioned by Brighton Festival, THE BURST PIPE DREAM, devised show responding to the development and opening of the delayed Jubilee Square.

Bureau Of Silly Ideas, a not for profit organisation, was founded in 2002 by Roger ‘Gor’ Hartley and Claire ‘Kiwi’ Horan.

BOSI was formed to to explore the concept of engaging people with their public space and urban environment through the use of street theatre. Our creative territories have now moved beyond outdoor street theatre and we have built a reputation for working in all aspects of the public realm; museums and heritage sites, galleries, shopping centres, parks, theme parks, festivals, stations and airports. We are valued as experts in our field, regularly partaking in consultancy for high level public and private organisations. Based on our knowledge and ability to engage with audiences, we now receive opportunities to work with teams to develop creative ways of thinking and indeed, unique pathways to the arts, heritage and culture.

Since our founding, we have presented our unique work at over 300 locations across the UK, Europe and Australia to an estimated, 999,999 smiling people.

THE WORLD'S INSPIRATION IS IN SHORT SUPPLY

PUT SMILES ON FACES BY LEARNING

HOW TO BUILD MARBLE RUNS

Workshops last approximately one hour. Full instructions will be delivered by our Inspiration Team via Zoom. Marble runs can be constructed from ordinary household items, so please bring along: 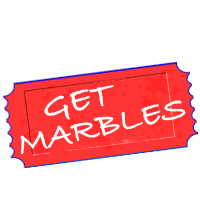